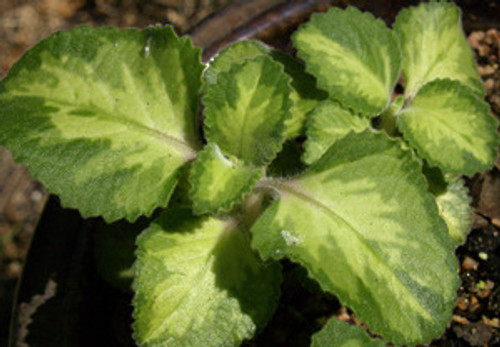 Can you cook with Cuban oregano?

Yes, you can. Once you have tried it, it will become a staple in your kitchen.

According to "The Herbalist in the Kitchen"... yes, you can cook with it and folks use it in the Caribbean, India, Java, and Malaysia, and now here. It also makes a great patio plant with its unique fragrance.

The fresh leaves are used to season pork, or fish and cabrito (young goat) in the islands. Chopped in chili pastes (something like Jerk Seasoning, but without the strong Onion and Ginger presence), Cuban black bean soup, Frijoles Negros, in salsa with various unripe fruit, or served as an accompaniment to rice. It is used in curries, to flavor beers and wines, or brewed as herbal tea to cure cough and congestion. Both the roots and young plants (Coleus amboinicus) can be eaten.

This fragrant herb contains large amounts of Thymol, which would account for some of its misleading common names.

Spanish Thyme or Cuban Oregano is an unusual, fleshy leafed plant used as a culinary seasoning in the Caribbean. The brittle stems and colorful foliage resemble the common Coleus. Growth is slow in the winter months and moderate in spring and summer. Heat and direct sun don't seem to adversely affect growth or appearance. Insignificant flower stems form in the fall. It is extremely tender, so grow in a protected area or keep it mobile in a container so it can be placed in a controlled environment in the winter.

Indian Borage. The leaves emit a very strong aroma when handled.
A succulent perennial herb that can reach 50 cm in height, with fleshy leaves in opposite pairs. It occasionally produces pale violet flowers.

The plant is cultivated and grows wild in Malaysia. It is believed to be a native plant of India.

Some common uses, leaves are mainly used in stuffing and for flavoring meat; it is also as a substitute for sage. Its strong smelling aromatic leaves are used medicinally by Indians as a cure for coughs.

All plants are between 3" to 5" rooted when shipped. Live plants are shipped Mondays through Wednesdays to avoid delays on weekends.